The Lake County, FL sheriff’s office recently released a brand new retirement plan for heroin dealers in the area. In a controversial video message that quickly went viral, the new Lake County Sheriff, Peyton Grinnell, surrounded by armed and masked officers, put drug dealers on notice. Undercover cops have filtered into the drug community unnoticed. They know who the dealers are. And they are coming for all of them.

Sheriff Grinnell’s message was in response to the skyrocketing heroin deaths in Florida. Jason Ruiter of the Orlando Sentinel says there have been 24 opioid overdoses and four deaths in the area since last October. Heroin deaths have increased nearly 300 percent in recent years.

Check out the message:

The video is getting mixed reviews, but Grinnell is not rattled. “Every time I talked with a civic organization, I realized that we need to take a proactive stance against this epidemic.” Indeed, this is the same epidemic that is spreading across Florida and throughout the nation.

The Heroin Epidemic Is Not New to Florida, but It Is Growing

In Florida, heroin is one of a few drugs that cause a disproportionately large number of fatalities, say David Ovalle and Jay Weaver of the Miami Herald.  Sedatives, cocaine, and morphine are in the same high-risk category. The numbers are staggering. In 2015, cocaine deaths stayed about the same as they had been since 2007. Morphine-related deaths increased by about 2.9 percent and fentanyl-related deaths jumped 4.7 percent. Heroin,  however, took a near vertical leap with 7.8 times as many fatalities per capita for the same time period.

Sheriff Grinnell’s dramatic video presentation was in direct response to this wave of deaths, public concern, and the fact that his officers have gained a foothold in the drug community. He wants to save lives by taking down one drug dealer at a time. 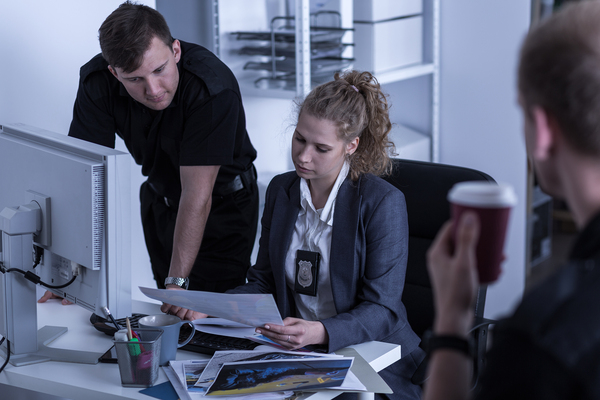 When authorities take on one drug, addicts may move on to another.

Cops Cracked Down on Prescription Opioid Abuse, Heroin Use Spiked

The Miami Herald story says the rise in heroin fatalities could be related to the law enforcement crackdown on prescription opioid abuse. In South Florida and throughout the state, many users are believed to have shifted from drugs such as Oxycodone to readily-available heroin. It is near epidemic proportions.

The Florida medical examiners in nearby Orlando had more unsettling news. In drug-related deaths between 2014 and 2015 where heroin was present, 93 percent of the time the illicit drug was the cause of death. Worse, some addicts may take a lethal cocktail of heroin and Fentanyl or mistakenly take Fentanyl, which is a much stronger drug, believing that it is heroin.

There Is Treatment Available for Heroin Addiction

While the sheriff is targeting dealers throughout the area, heroin addicts can turn toward a much better future. Florida drug treatment centers have the skills and a caring, knowledgeable staff to help addicts with the challenging phases of heroin detoxification and addiction recovery.

Heroin addicts may need treatment-assisting drugs such as Methadone, Buprenorphine (Subutex®) or Naltexone. In a helpful and supportive rehab environment, the addict may also take part in family and group counseling, psychotherapy, behavioral modification,  and have access to support groups such as Narcotics Anonymous.

There is a new sheriff in town, and Lake Country heroin dealers have a good reason to look over their shoulders. For heroin addicts, however, the future can be much brighter. There is treatment available, and it works. Defeating a heroin addiction is not easy, but with the help of Orlando Recovery Center, it is possible. Contact us to learn more about our programs.

How Long Does Alcohol Stay In Your Urine?

Why We Need Addiction Specialists in Orlando

Medical Disclaimer: Orlando Recovery Center aims to improve the quality of life for people struggling with a substance use or mental health disorder with fact-based content about the nature of behavioral health conditions, treatment options and their related outcomes. We publish material that is researched, cited, edited and reviewed by licensed medical professionals. The information we provide is not intended to be a substitute for professional medical advice, diagnosis or treatment. It should not be used in place of the advice of your physician or other qualified healthcare provider.