Erica Weiman graduated from Pace University in 2014 with a master’s in Publishing and has been writing and editing ever since. She has… read more 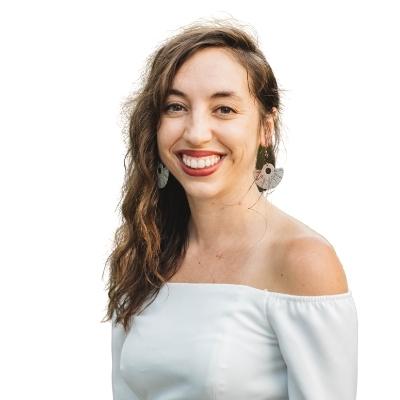 Co-occurring disorders require more complex treatment because each condition affects the other. At Orlando Recovery Center, dual diagnosis treatment simultaneously addresses the patient’s substance use and mental health disorders for the most successful recovery outcomes.

What Are Co-Occurring Disorders?

Risk factors for co-occurring disorders include genetics, environmental factors, history of trauma and difficult childhood experiences, but there is no direct cause. In many cases, people turn to substances to cope with mental health issues or to self-medicate. For others, substance abuse can initiate or worsen mental health symptoms due to changes in the brain.

Only a mental health professional can diagnose a mental health or substance use disorder, but being able to recognize the symptoms of co-occurring disorders may tell you when it’s time to get help. In general, these symptoms can include:

Many different mental health issues can co-occur with substance use disorders, though some occur more frequently than others. Regardless, only a qualified mental health professional can diagnose a mental health disorder.

People with eating disorders experience severe, persistent disturbances in their eating behavior, and feel distressing thoughts and emotions about eating. This group of conditions includes anorexia, bulimia, binge eating disorder, pica and others. Eating disorders develop most often in adolescence and young adulthood, and affect up to 5% of the population.

Post-traumatic stress disorder (PTSD) is a chronic stress response that stems from exposure to traumatic events. PTSD and addiction have strong links. Both chronic substance use and PTSD create long-term changes in the brain. Research has shown that close to 50% of people with PTSD also have a co-occurring substance use disorder.

As with most mental health treatments, the approach will depend on the specific diagnosis that is being addressed. Each mental health disorder would likely be treated differently, with the common thread being the substance use disorder. The first step would be to assess any medical needs that the individual might have, such as the need for medical detox.

Once any medical needs have been addressed, secondary factors can be treated. For example, cognitive-behavioral therapy (CBT) has proven effective for treating both anxiety disorders and substance use disorders. Many substance use disorders arise as an attempt to cope with underlying mental health issues, which is why both diagnoses must be treated simultaneously. With the right treatment, the urge to use substances will lessen as mental health-related symptoms dissipate.

Treating co-occurring disorders is complex. It requires careful deliberation and the ability to think with agility and utilize compassionate care practices.

If you or a loved one is struggling with symptoms of co-occurring disorders, help is available. There are many programs that are specific to co-occurring disorders. The Orlando Recovery Center is a dual-diagnosis treatment facility that provides integrated and compassionate care. Contact us today to learn more about what recovery can look like for you.