Meth Addiction and Abuse in Orlando

Abby Doty graduated from Hamline University in 2021 with a Bachelor’s in English and Psychology. She has written and edited creative… read more 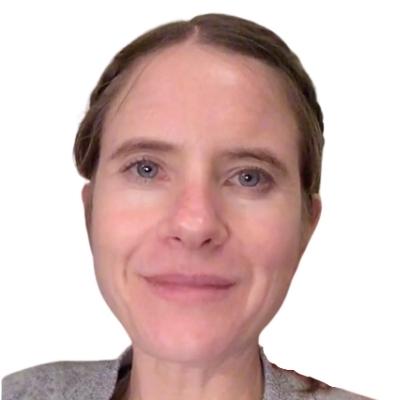 Kate Dubé is a Licensed Clinical Social Worker (LCSW) and health writer in the San Francisco Bay Area. She earned her… read more

Methamphetamine is a stimulant drug that’s very potent and addictive. It affects the central nervous system, and it has few legal or medical uses in the U.S. Treatment for meth addiction is available at the Orlando Recovery Center.

Meth addiction is a serious issue impacting communities across the United States. Though less prominent in Florida, in 2018, the Miami field division of the DEA reported that meth availability in the region is “moderate” and increasing.

The consequences of this can be deadly. In the first half of 2020, meth was found in the systems of nearly 1,000 deceased Floridians. Meth was verified to have caused the deaths of 659 of those individuals. This number is 56% higher than in the previous year. While only eighteen of these deaths occurred in Orlando, the numbers have been on a steep rise since 2015.

Not only is meth physically and psychologically harmful, but it also contributes the most to violent crime, and Orlando is no different. The Orange County Sheriff’s Office has reported a sharp rise in meth-related arrests, which increased five-fold between 2012 and 2018.

Meth is highly addictive. When someone smokes or injects meth, they get a nearly instantaneous and very powerful high. This feeling is believed to result from dopamine that floods the brain and creates feelings of pleasure and euphoria.

Meth use can also lead to cycles of binging. Because the effects of meth are powerful but short-lived, someone might use the drug repeatedly in a relatively short period to maintain the same results. Using meth can lead to a physical dependence. If someone is dependent on meth and they stop using it suddenly, withdrawal symptoms can be severe. Withdrawal symptoms can include depression, extreme craving and psychosis.

In addition, when meth takes it over and over again, a tolerance will build up, requiring more and more for the same effect. Eventually, a person may lose their capacity to feel pleasure without meth altogether.

Methamphetamine addiction can lead to serious psychological and physical consequences, such as:

When a person is using meth, they may exhibit:

Additional signs of meth addiction include:

Continue reading at Signs, Symptoms & Side Effects of Meth Addiction →

Why is Meth Addictive?

Dopamine is a brain chemical that is involved with motivation and reward. Meth causes a dopamine rush in the brain, which creates a strong behavioral pull to repeat taking the drug. Not everyone who uses meth will become addicted, and there are still many unknowns about the complex brain disorder that is addiction. Experts do know, however, that addiction has little to do with willpower or self-discipline. That said, if someone is addicted to meth, they may benefit from professional treatment.

The stigma connected to meth use can get in the way of a person seeking helpful treatment for their meth addiction. Luckily, there are high-quality, caring and supportive treatment options available. When choosing a facility, it’s important to know whether:

At Orlando Recovery Center, we offer all of the above and are passionate about supporting you in achieving a healthier and happier future. Treatment programs involve psychotherapy, family counseling, support groups, nutritional support, case management, and fitness and life skills training.

As a first step towards recovery, our medical detox program prioritizes safety and comfort with around-the-clock medical supervision as a person’s body rids itself of the meth in its system.

You can access supportive and effective online therapy with our user-friendly wellness app. With no travel time and optimal convenience, teletherapy can promote a strong therapeutic alliance — one of the most essential factors in mental health care.

Aftercare is an essential offering in any treatment facility, and can involve support groups, continued therapy, case management and other recovery resources. A comprehensive aftercare program can significantly impact a person’s success in recovery.

A life free from meth addiction is possible. Contact us today to begin your healing journey, and we’ll work with you to answer your questions, verify your insurance and start the admissions process.

Methamphetamine is a potent and addictive stimulant drug. If you or a loved one needs help with a meth addiction, treatment is available. To learn about meth addiction treatment options and start the path to long-term recovery, contact Orlando Recovery Center.